September 30, 2013
Clean eating is going great so far and I have been super busy already this morning trying to prep everything for this week.  I decided to make something for Jack so that he would have something to eat for breakfast.

I have made these egg muffins before, so I decided to make them this morning for jack, but the clean version. NO CHEESE! I have made 1 batch which made 6 muffins. 2 muffins/day for Jack.

You can really put anything you want in these, but since Jack isn't as adventurous as I am with food, I kept his simple. Bacon and Spinach with Egg Whites. Now if I was making this for myself, I would've thrown in pepper, mushrooms, tomatoes, etc. I love crazy amounts of veggies in my eggs. I feel like I'm just being that much healthier.

Well, the frittatas were a success and he has something to eat for breakfast through Thursday. 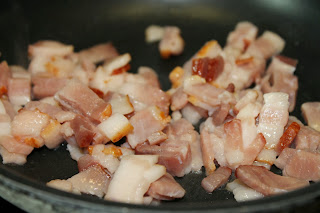 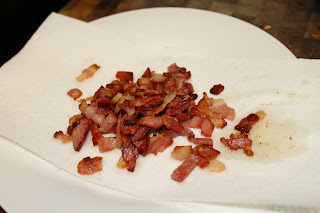 First what I did was browned the bacon and set it aside. You want to bacon to be semi-cooled so that it doesn't begin to cook the eggs when you throw it in the egg mixture. 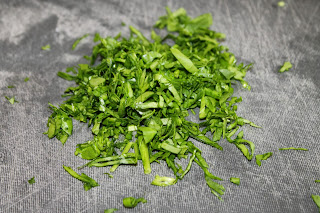 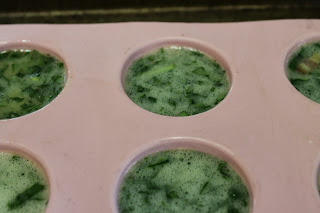 Add Bacon and Spinach to Egg whites and divide among muffin cups. 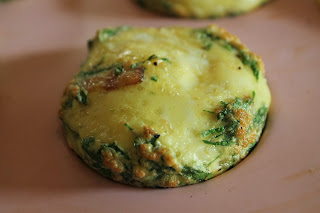 Bake for 30-45 minutes at 375 degrees until egg has set
This is a great breakfast to prepare for the week ahead of time so you don't have to cook every morning. Just refrigerate and warm in microwave for 1 minute. Easy breakfast when you're on the go.
Ingredients:
12 egg whites, beaten
1/4 cup spinach, chopped
3 slices bacon, diced
Salt and Pepper to taste

In a small skillet over medium heat, cook bacon until browned, about 10 minutes. Set aside on a plate lined with napkin to catch oil drippings from bacon.

In a medium sized mixing bowl, whisk eggs until beaten, but not frothy.  Add bacon and spinach to eggs, salt and pepper, and combine.

Bake 35-45 minutes until egg has set. Remove from oven and let stand a few minutes before diving in. Enjoy!

Variations: Try adding cheese, pepper, tomatoes, mushrooms, or chives to this recipe to spice it up bit. Trust me, its amazing!