October 07, 2013
Cooking/Baking does not always mean its for a meal. Sometimes for our children we need to make something to play with or something we know isn't toxic.

With kids, it makes me feel better if I know what's actually in something they are playing with. This morning I decides to make my kids some homemade paint to play with.

It's so easy to make and everything that goes in it is non-toxic. Items everyone most likely has in their kitchen.

I didn't have any glass jars, however I have a ton of unused baby food containers so I decided to empty these and use the containers to store the paint in. Sometimes you just need to think outside the box...

Keep in mind this is my first attempt at finger paints so I'm hoping it turns out well.

Directions:
Place all ingredients in a small saucepan and stir constantly over medium heat until mixture is thick and creamy. Remove from heat and cool. 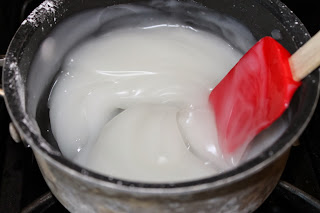 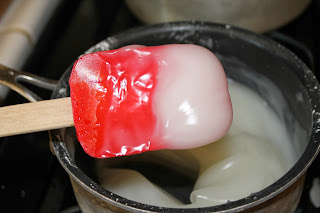 Add Mixture to storage containers (about 1/4 cup in each container) and add approximately 6 drops of food coloring and stir. 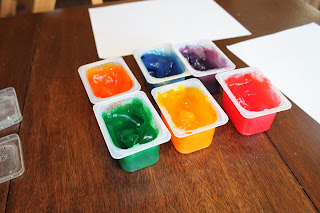 Then I just let my kids go to town on this paint and I wasn't in the least bit worried about them ingesting it, which both of them did and made funny faces. The colors were pretty so they assumed it was going to taste good.
After they taste tested it, I showed them to put their hands in it and paint with their fingers. Brooklyn was more interested in holding the paint and just sticking her hand in it rather than actually painting on the paper. 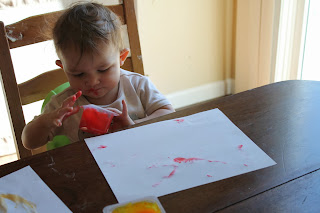 Nicholas attempted to paint with fingers until he realized his fingers were dirty and wanted to wipe his hands, so I got a paintbrush and let him use that instead. 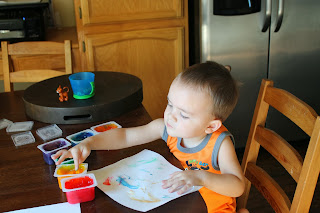 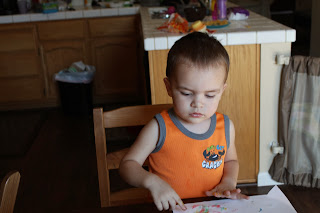 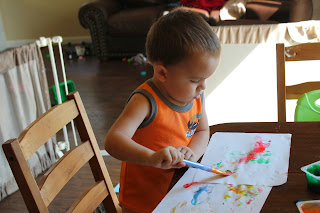