Forever Behind the Badge 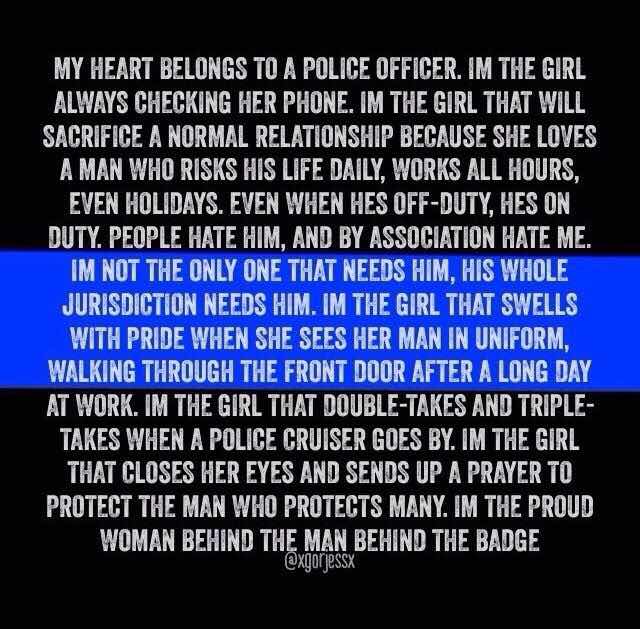 It use to seem so natural when Jack would leave for work. I would say a prayer at night and pray for the safety of the officers he's with and all those on duty at night. Tonight was quite different. Two months ago when he took his new position, I was like, "Oh Yay! I'll get him every night now." Unless of course something big happens. Well that night was tonight.

The kids had just finished eating dinner tonight. Brooklyn had some make-up work to do for school and Nicholas I knew was tired already.  And Jonathan was playing with a Build-A-Bear saying it was my bestie's new baby.... "That's baby Forrest!" he would say and then he would wrap him in his Paw Patrol Blanket and give him a kiss on the head. I just love when he does pretend play... It's so cute.

It was a little after 8 o'clock when he received the call. There was an officer involved shooting, so Jack was to come in and assist the officers. I had never seen him get ready so fast. With every strap of the kevlar as he put it on, and the rest of his attire. He was rushing to get everything he needed. I, being the wife that I am, I wanted to make sure he would have something to eat just incase because I have no idea how long he will be gone.  I quickly throw together pretty much everything I would put in one of the kids lunches because it's something he doesn't need to keep in a fridge and he will have something to munch on just incase.

As I kissed him goodbye, all my memories flew back into my heart.... The memories when I would kiss him goodbye every night. The memories and feelings flooded as I just sat at home with the kids. I put Nicholas and Brooklyn to bed and Jonathan wanted some snuggles, so I snuggled him until he passed out. And now he's just sleeping... On Daddy's side of the bed of course! LOL.

As these memories flooded me though, I said a little prayer. As I said goodnight to our babies, I told them to say a prayer as well, for daddy and the other law enforcement officers working tonight.  This was the first time Jack has had to leave so quickly, so they were both concerned, so I tried to explain as best I could to a 6 and 7 year old about what was going on.

If I said it were easy, I would be lying. I may make it look easy on the surface from the beautiful facebook posts, the happy smiles, the positive quotes, the endless amount of positivity that you see on my cover… In reality, there are very hard moments. Moments where I cry myself to sleep, moments where this man who is one of the strongest I know can somehow endure everything he sees at work and doesn’t shed a tear except for those few instances where he has brought his work home with him. Those times are few and I remember them vividly because I watched the man who is so strong suddenly crumble.


Jack never likes to bring his work home. He doesn’t want to scare me because he knows I get scared and worry about what goes on while he’s in the line of duty, but I do worry. It’s my job as a wife and I never know what may happen when he walks out that door and I think that’s what scares me the most.

Some friends never truly understand, but my close close close friends and my family gets it thank goodness. There’s the absence of my wonderful husband at so many holidays, birthdays, get-togethers, but it’s what I signed up for and even though there are absences, he’s doing this job and putting himself in the line of duty everyday so that I am able to stay home with our kids everyday.

All in all, being a LEO wife life is amazing, it’s challenging, it has it’s ups, it has its downs, but it’s worth it, every second, every minute, every hour of every day…. Because he’s mine…. Each and every day, I walk the LINE…… 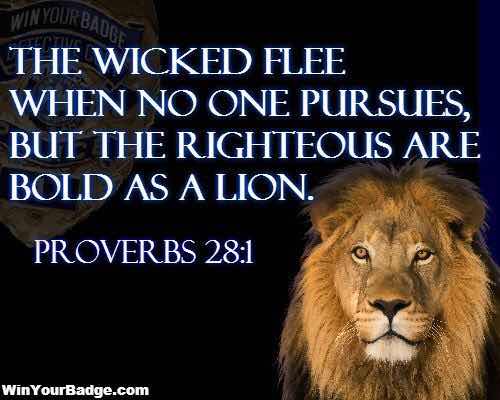 The Woman Behind The Blue